Dave Allen recently returned from living in the States and promptly landed himself a spot on the Skate Pharm team, we caught up with him for a quick debrief on his time in there and what it’s like to be back home….

Dave, firstly welcome home, It doesn’t seem like you were away for that long, how long were you a US resident for?

6 and a half years in total.

So you lived in Atlanta, other than being home of Grant Taylor what else is it famous for? 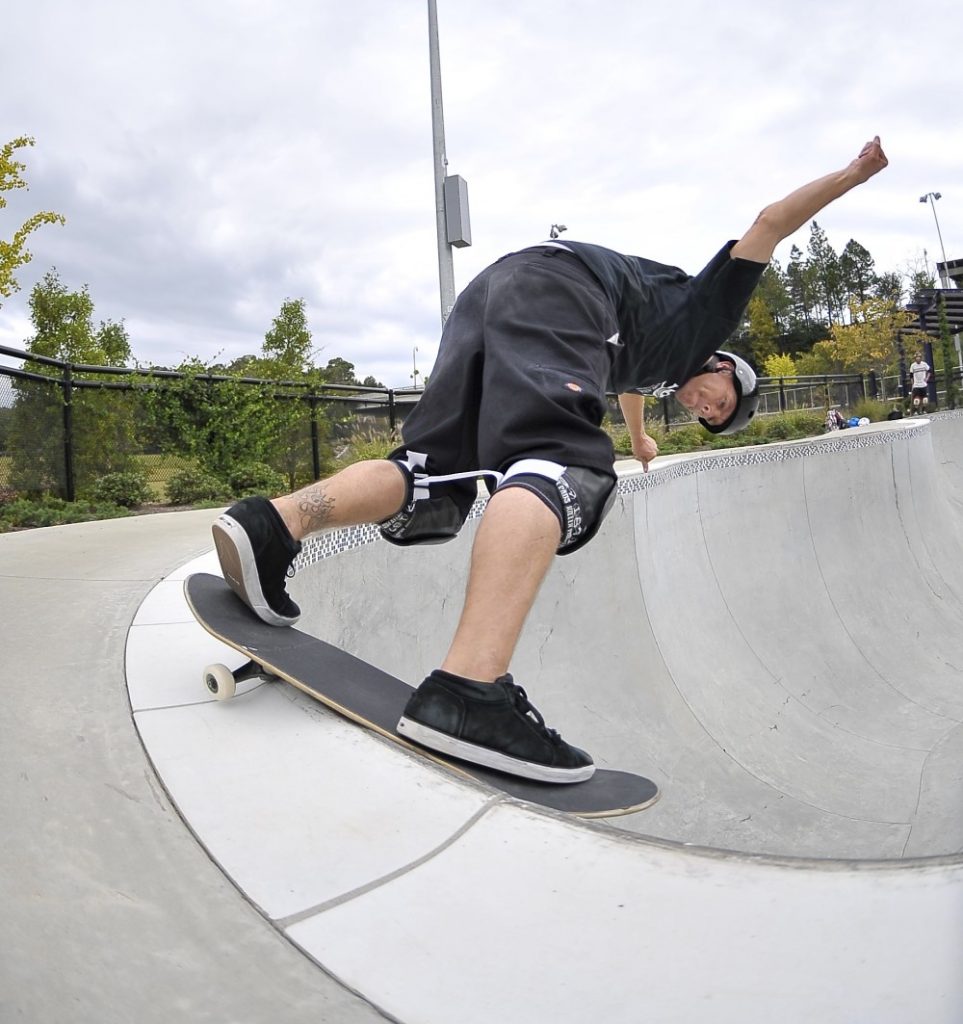 How was the skate scene there? Who did you skate with most?

The scene there is really healthy. There’s some heavy hitters who live there too. I would depend what park I went to really. Mainly though I would skate with Will Boatwright, Dave ‘Malachi’ Smith, Ray Fennessey and so on. I would have sessions with Grant, Pat McClain, Thomas Taylor and all the Strat crew too, but not as often as the others. There was a group there for older guys called ATL Skater and run by Nick Scott. It was a good time for sure. There are so many good parks within 30 minutes its ridiculous.

Did you have many visitors from the UK while you were there?

Not really. I thought I would have had more. Cates and CJ came, but I had only been there for two weeks at that point. Nick Zorlac came for a couple of weeks once. But while he was there I fucked my knee and had to have surgery. I did meet up with Raemers when he passed through once. I saw Sam Beckett a few times, but not in Georgia.

So you relocated out there due to your wife’s job and you relocated back for the same reason, were you looking to come back or was it just that a job came up for her here?

She got headhunted to work for Unilever, so that’s why we came back. We were talking about going somewhere else as she had grown unhappy with the role she was in at Coke. Then this came along and well, here we are. 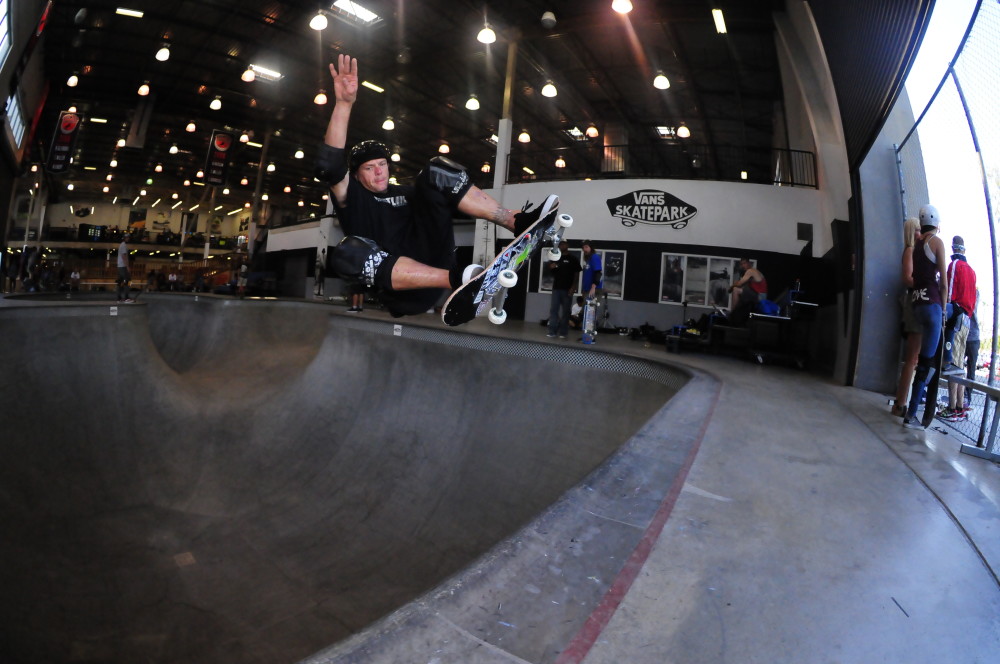 Do you think you’ll end up back there at some point or is that done?

I dunno, you can never say never.

I feel like you may kill me for this but you are essentially a ‘house husband’ right or are you currently seeking gainful employment?

It’s the hardest job I’ve ever had! It’s so full on with two of them! We made the decision before we had the kids that I would be the Mr Mum.

So what did you miss from the UK?

Mainly friends and family. It’s strange the things you crave though. The food I missed most was though was crumpets. You just couldn’t get them!

And what will you miss from the US?

Friends for sure, I’ll miss the parks. Parks here seem so tame by comparison. Like their scared to build anything over 10′. I’ll miss the service you get in shops and restaurants, and I’ll miss pulled pork. That’s like food crack! 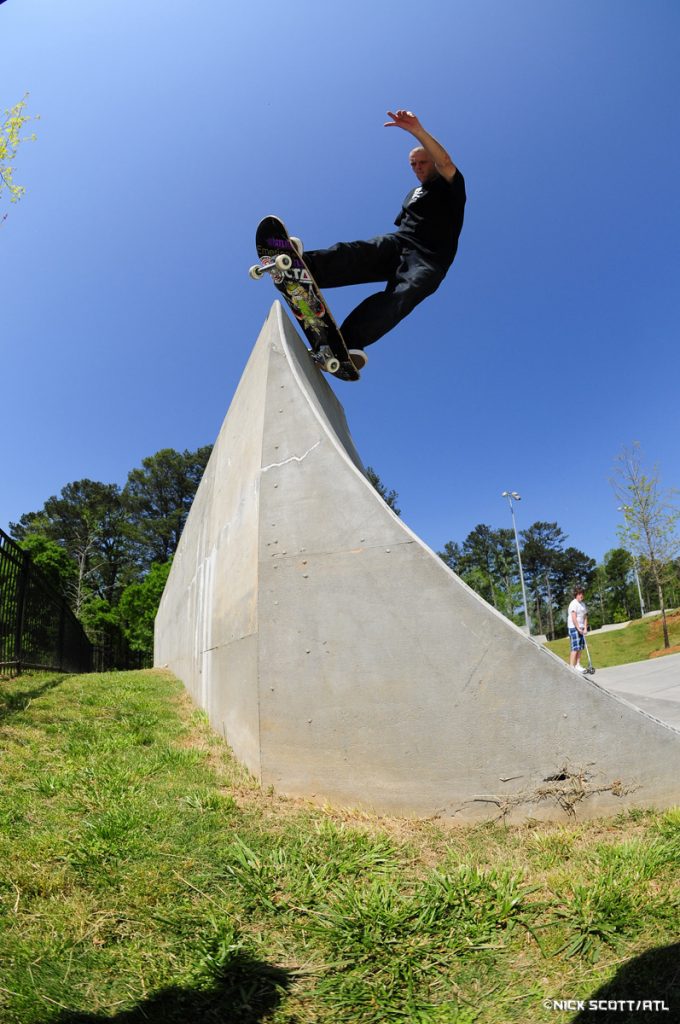 So to counteract those questions, what didn’t you miss from the UK?

The rain, it just doesn’t dry up after a shower. I had forgotten about that.

What won’t you miss from the US?

I don’t know really. It’s nice doing stuff in the garden and not worrying about uncovering Black Widows or poisonous snakes. I won’t miss the constant need for reassurance and the constant fist pumping after everything even if you fall or don’t make it. “Yeah, you tied your shoe laces.” Bump

Was there any kind of culture shock moving back here or did you just settle straight back in?

Not really. The first time I went to Dunstable, I arrived and there was a group of people hanging out around a bunch of 1 litre nothings souped up with body kits and oversized bean can exhausts. I walk up to the park and theres a group of girls sitting by the bowl swearing and spitting. Off to the side is 3 or 4 guys on mopeds doing donuts on the grass. I thought to myself “Welcome home!” haha

You appear to do quite a bit of running these days, is that something you’ve recently got into or have you always done it? Do you find it’s really helping with being able to keep skating into your more senior years?

I’ve been doing it now for about two years regularly. I’ve done it on and off over the years but never kept it up. I would always run when I was at school and did a half marathon when I was 13. I really just started it as a way to lose some blubber and get the dog exercised at the same time. I think it’s helped my skateboarding massively. I actually really enjoy it too. Although not when its cold and raining.

Any other advice for guys that feel like they might be getting a bit old for it?

The reality is you are! You need to take much better care of yourself as you advance in years. Stretching regularly is key too. If you get into a routine and do it daily you’ll feel the benefits for sure. (I’m good at giving that advice but shit at following it)

Any skate related plans for the near future?

No. Just to skate 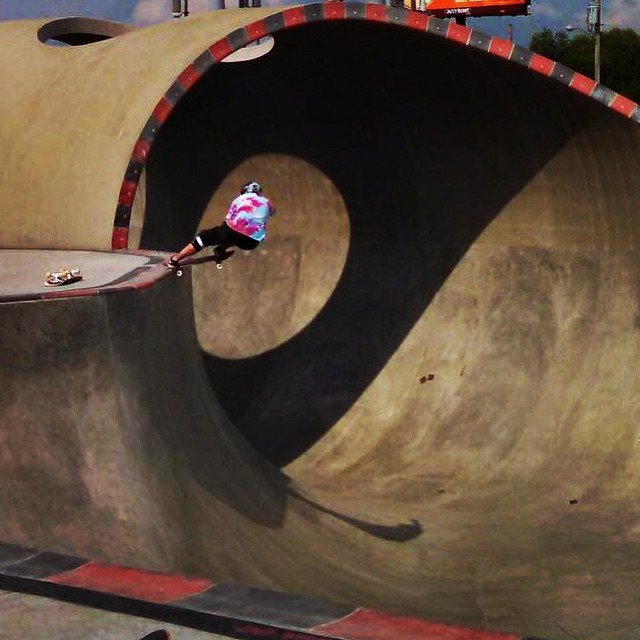 I know this is going to be a tough question because you’ve been around skating a long time and done a lot of stuff but could you pick 3 of your top skate related memories, stories or adventures?

Bloody hell, I dunno. Too many. I can’t narrow it.

On another subject Sam Beckett just turned pro the other day, you sponsored him while you were involved with Oakley and I’m sure he’d class you (and some of the other vert crew) as a major influences on his skating and life in general. How do you feel when you see the younger generation achieving stuff like that? Also can you remember any good/dubious advice you may have given him along the line?

I’m so stoked for him, he’s so good now too. It’s rad to see these young un’s achieving greatness. I tried to offer advice I’m sure but he surpassed my level after about a week I reckon. The only real advice for anyone is to make sure you enjoy it. It’s a blessed gift and not a right. You’re fortunate and as long as you remember that you’ll stay grounded. Skateboarding better mean enough to you without it, because it won’t with it otherwise.

Cheers Dave, thanks for your time and infinite wisdom!