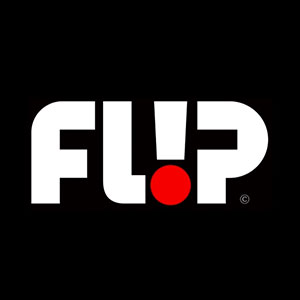 Where do you start talking about Flip? Essential it’s a British brand born out of it’s early Deathbox (briefly just DB) and Bash roots. Started by Jeremy Fox and Ian Deacon and now also co-owned by Geoff Rowley the company had humble beginnings in the UK scene.

They set about recruiting the best in European talent at the time including young hopefuls including Tom Penny, Geoff Rowley, Andy Scott and Rune Glifberg all of whom were barely known at the time epsecially outside Europe. They then begged, borrowed and stole what they could before relocating to California taking their talent with them, possibly causing the biggest industry shockwave of the 90’s.

In a matter of months you could open a mag or watch an issue of 411 without seeing the Flip Skateboards crew absolutely ruling. They have continued to excel at talent spotting by not focussing purely on the US for young rippers and they now probably have the most truly international skate team around. Flip Skateboards have always operated as a tight night family meaning that many of the original members still ride for or are affiliated with the brand.