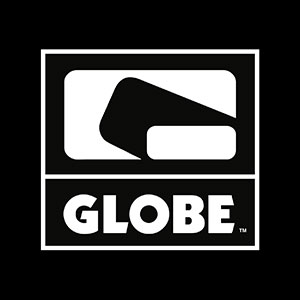 Globe International was founded in 1994 by the Hills brothers from Melbourne, Australia. Initially they ran a distribution business (Hardcore) through the 80’s but decided to make the leap into producing their own branded footwear. Since 2002 Globe International owns Dwindle Distribution (Enjoi, Almost, Cliche) making it one of the biggest skateboard companies in the world. They also own the DSM woodshop based in Shenzhen, China which produces boards for all their brands as well as many other brands you know and love, the set up of this facility was overseen by Rodney Mullen personally.

Globe still produce footwear, softgoods and accessories but have also expanded their range to include hardware, longboards, cruisers and more.