So James, you’re kind of a big deal now, turning pro, has your ego gone out of control?

I’m going to bollock my agent for letting you even ask me that!

I heard you’ve been taking stretched limo rides to the Buszy and you have groupies to grip your decks, true or false?

What can I say, UK skateboarding is a glamorous endeavour……..No I can’t even afford the bus, cheers for the rides Kiz and Mark. 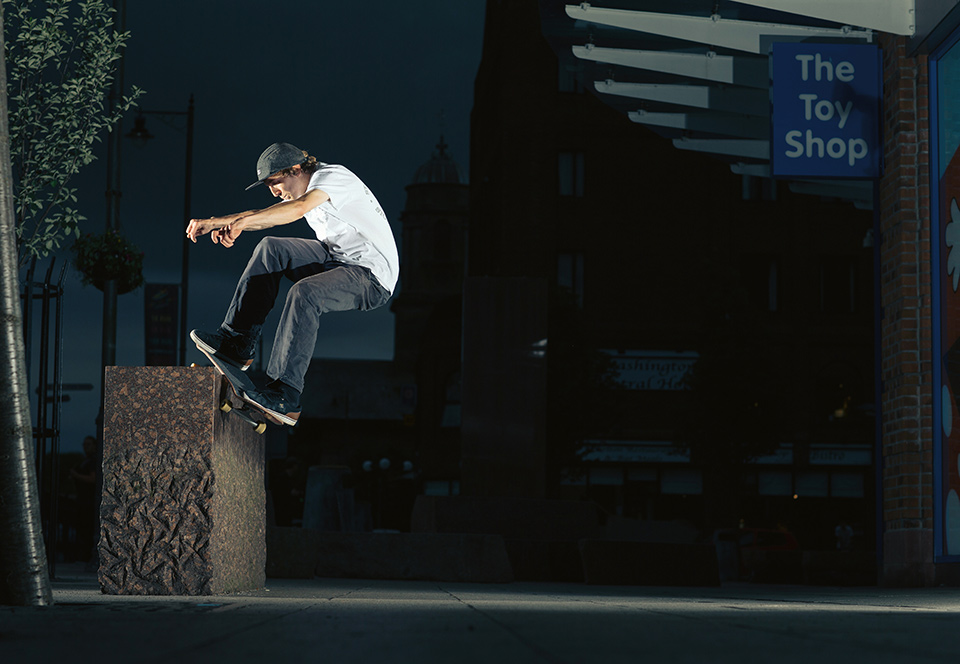 In all seriousness how did it come about, was it a joint decision between you and Fabric or did you basically throw all your toys out the pram, claim to be the best technician the Buszy has ever seen and demand one?

Well in all honesty, I’m not 100% sure about that side of it all. The first I heard of it was on a phone call to Mark Baines, I can’t remember specifics because my mind was focusing on skateboarding (I was at the pub drunk on a Tuesday night), but I think Mark was talking about how we wanted to get more people on after Manny and Douwe left (Sad face, miss you guys). Basically he then mentioned that he felt it was strange only having one Pro or something and something else and I’m not sure exactly the rest.

Hope that clears it up hahaha.

In the style of a Miss World acceptance speech please let us know how your going to use your pro status to make the world a better place by bringing and end to poverty and starvation possibly? Stamping out racism? Maybe the gift of an incredibly technical and viral Insta clip for all your loyal fans?

My hopes and aspirations are that I can continue not leaving the Buszy, this is my means of saving the world, as I’m worried that if I ever skated anywhere else, it would cause a tear in space and time and the world would cease to exist.

Here’s a few quick fire questions about turning pro, lets see how good you are:

Who was the first pro to ever have their name on a board?

Mark Baines is old right so probably him?

(Pretty sure this was Steve Olson)

Who had the first ever pro skate shoe?

Got to be Mark Baines again?

If you weren’t pro at skateboarding what would you like to be pro at instead?

I make a mean key lime pie. (Not true)

Name your top three favourite pro skateboarders of all time?

1. Rob Selley
2. Probably Geoff Rowley?
3. Is Mike Simons pro for Death yet?
4. I feel like this should be a list of 20 because that would be easier. 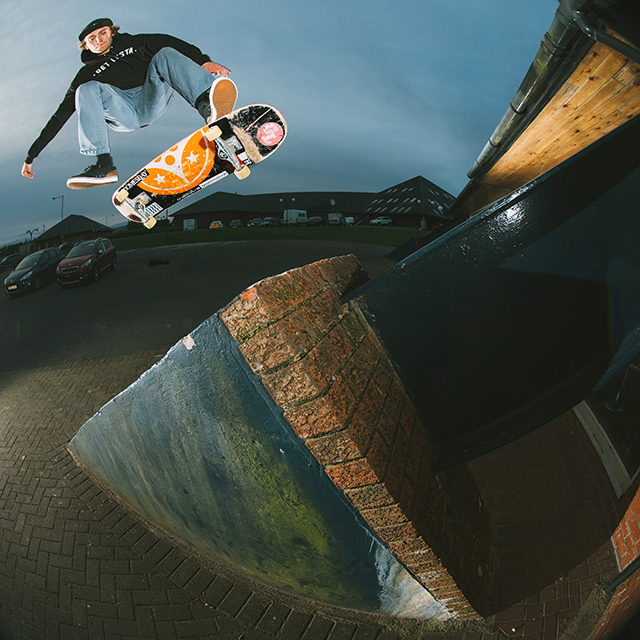 Is there a favourite iconic pro board graphic that just reminds you of your youth? I’m guessing it’s the Bam heartagram thing, you look like the type?

Bamogram is absolutely the best graphic ever. But maybe Eric Thomas’ ‘Moe’ graphic before Bomber went under (RIP)

I might get a skewed version of it because of being in the shop for the past but it seems like a lot of young guys now just expect this stuff to fall into their lap, without putting the graft in and seemingly without even thinking they have to actually get any good! If you had to guess how many hours you’ve spent ‘training’ at the Buszy what would that figure be?

Hahahaha. Would have to be near a million. But it’s not all about how long you’ve skated, or your technical ability. It’s about your attitude as much as ability in my opinion. If you think you deserve shit because you’re good, you’re fucked. Everyone’s good these days, you need to be good and likeable. Every other kid can flip crook the park rail, but the guy that is safe and fun to be around is the one who’s gonna sell shit for their sponsors. So basically, don’t be a c*nt.

Do you reckon the average kid has a pretty distorted view of what being a pro skateboarder in the UK is like? I mean there’s not a lot of similarities between your life and that of Nyjah for example!

Fuck off mate I make twice as much as Nyjah. I’m only at uni and working for personal fun.

Milton Keynes has been at the epicentre of street skating seemingly since street skating began, the history there is immense, how aware of that were you growing up and do you think it was something that pushed you on as a skater?

I had no clue until Rob Selley gave me some wheels for doing a trick as a kid and it made me really look into it. Obviously I’d watched Rob in the Blueprint flicks but I didn’t really get how big of a deal Milton Keynes was. It took Andy King hooking me up and educating me to realise. For sure it pushed me as soon as I realised what Milton Keynes was!

And finally do you want to do the traditional shout outs and thanks?

Thanks to Selley, Andy, Kieran Wilcox, Jackie, Bish, Fabric, Get Lesta (all of you, and any friends), Baines & Story, Form dist (royals), Shiner dist (Bones), DC, Susgang boys (shout out to Nate)

I just got in and I’m pretty fucked so if any of this is bad let me know! 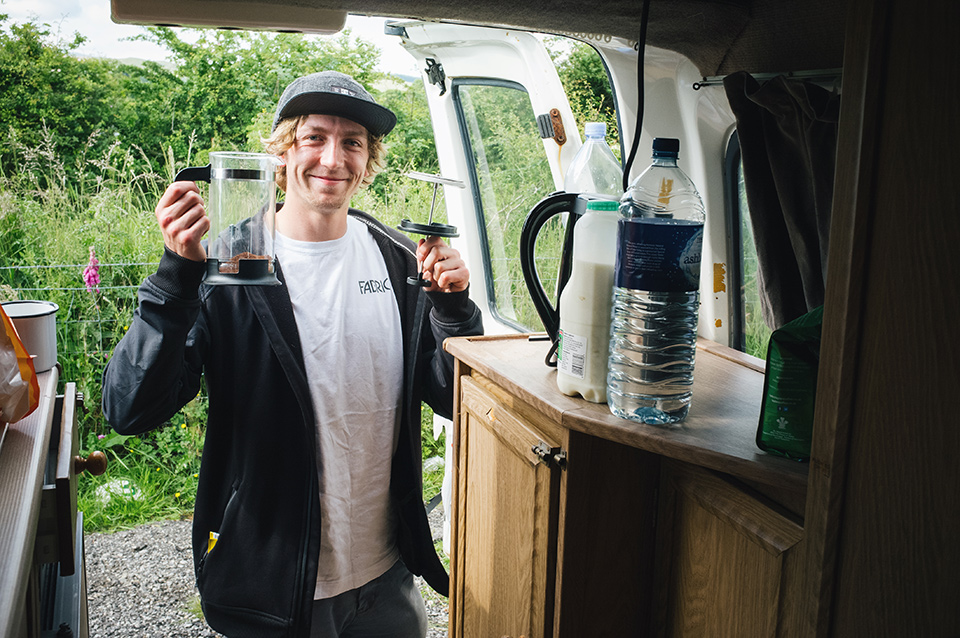 Thanks for your time James, we would never have guessed it if you hadn’t mentioned it.

(Interview by Nic Powley, edit by Ben Wilks and all photos by Chris Johnson courtesy of Sidewalk Mag)