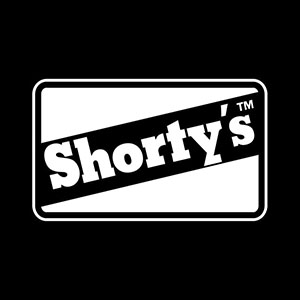 Shortys Hardware started in 1996 when a young Chad Muska was persuaded to leave Toy Machine to start his own brand, before that Shortys had been a successful manufacturer of bolts and hardware. Muska hand picked a team of up and coming street technicians and Shortys went on to become one of the biggest brands of the nineties, releasing one of the biggest videos of the era ‘Fulfill the dream’ in 1998. In 2006 Muska left the brand and in 2011 the owner Tony Buyalos wound down the skateboard side of the business to go full circle and go back to concentrating purely on hardware.

Shortys were one of the first brands to introduce coloured deck bolts which are such commonplace these days.