Last weekend we headed to the infamous Pioneer club in St Albans for our second year at Vans Shop Riot. If you didn’t know this venue hosted some of the most legendary comps of the 90’s (alongside Radlands of course) featuring skaters like Rodney Clarke, Danny Wainwright, Matt Pritchard and many more in their prime. The Pioneer has been under a constant threat of closure due to the redevelopment of the area for the past few years so Vans chose it as a venue for for the comp in honour to it’s heritage and the possibility that it may well be one of the last big events in this hallowed hall.

As usual teams came from far and wide to get involved and once again the vibe was friendly but make no mistake, everyone wants to win this! Favourites and past winners included Black Sheep, 50:50, Lost Art and us. To even be up there with such well established stores after only one year in business is an honour. Unfortunately, Ross our all terrain weapon turned up a little worse for wear and injured after a recent trip to Spain. John Howlett was only too happy to be the last minute stand in and went at it hard as usual. Unfortunately, just a few too many falls and maybe a lack of fire in the belly left us a few points short of qualifying for the final in 6th place. Not too shabby by any means but it was a shame to at least not get another bash at it in the finals. That’s how it goes, you roll the dice and sometimes it just doesn’t go your way! Obviously we had a rad time anyway and it’s always good when an excuse to see our skateboarding brothers (and sisters) from round the country comes along. Roll on next year. 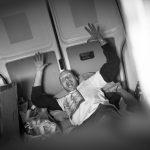 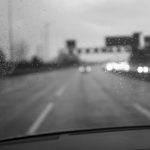 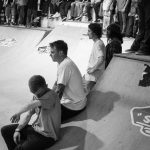 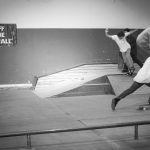 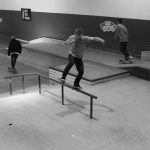 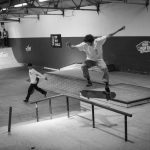 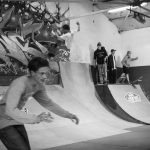