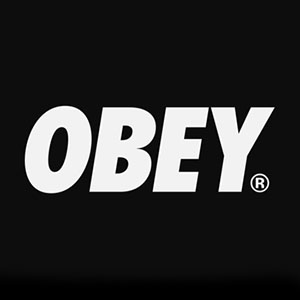 Fairey grew up skating in Southern Carolina, his introduction to art came from customising skateboards and clothing. He created the Andre stickers as a bit of fun for his skate crew and art college friends alike but they soon attracted a cult following. The ‘Obey” slogan was added to his work around 1990 and went on to also become the name of the clothing brand. Fairey has also designed a cover for Time Magazine, numerous skateboard graphics and has designed record covers for bands including The Smashing Pumpkins, Led Zeppelin and Anthrax and most notably he designed the ‘HOPE’ portrait of Barack Obama to show support in the 2008 American elections.