It’s been a good few months now since Rohum Pourtahmasbi announced to us that he was embarking on this rather ambitious project: Rolling – Without Footage it’s Fiction is a journey into the world of skate filming and film making. While he was down working on the film about films we grabbed a few minutes to find out more….

Firstly just tell us a bit about the project, how it came about and who’s involved.

Okay so during last summer I was told that one of my final assignments at University would be to create a documentary and after having gone through hell to create my first short film, I decided to create something which felt close to me. Filmmakers within skateboarding are rarely given credit for their hard work and in today’s world of online content it’s easy to look past that, that’s why I chose to focus on them.

So it’s essentially a documentary highlighting the work of people that film skateboarding?

I guess you could say it’s more about filmmaking within skateboarding as a whole, or at least that’s what I’m aiming for. There’s already plenty of short documentaries that focus on individual filmmakers within skateboarding, however there’s an entire story that has never been heard about that side of the industry and I think now more than ever it’s an important story to tell.

And it’s all been funded by your University?

Ha! No chance, I’m broke as f*ck man! I just saved up from the moment I came up with the idea, wore out my student loan and have had support from both my family and friends. I’ll probably create a Kickstarter soon, or get a job!

So you’ve just got back from the States interviewing some pretty big names in terms of skate filming, was there anyone you were nervous about meeting and in danger of fanning out?

All of them. Haha! It was so hard man, not only am I meeting some of the best filmmakers in skateboarding but for once I’m filming… Talk about pressure!

I’m assuming all those guys were pretty easy to work with though, do you think they felt weird being the either side of the lens?

Yeah they were actually pretty cool with it all, a lot of the time it just felt like a general conversation you’d have with your mate. It’s also a lot easier to explain technical difficulties to them, anyone else would think you don’t know what you’re doing which can suck.

And how easy were those guys to get in touch with and did they take much persuading to get involved?

Surprisingly it didn’t take much effort! Once I managed to get in contact with them, whether that be through Instagram or Ben at Sidewalk, most of them were down. It was an overwhelming response to say the least.

Without having to name names did anyone say no?

There were a couple who obviously weren’t into it and some who just never even responded, you can’t get everyone.

I saw on your Facebook status that you held the masters for Plan B’s ‘Virtual Reality’ that’s pretty epic, any other surreal experiences that come to mind?

Yeah, that was amazing! I even held some original H-Street and Rodney Mullen footage, it was crazy. The whole trip was a surreal experience to be honest, though breakfast with Arto Saari was definitely the icing on the cake! 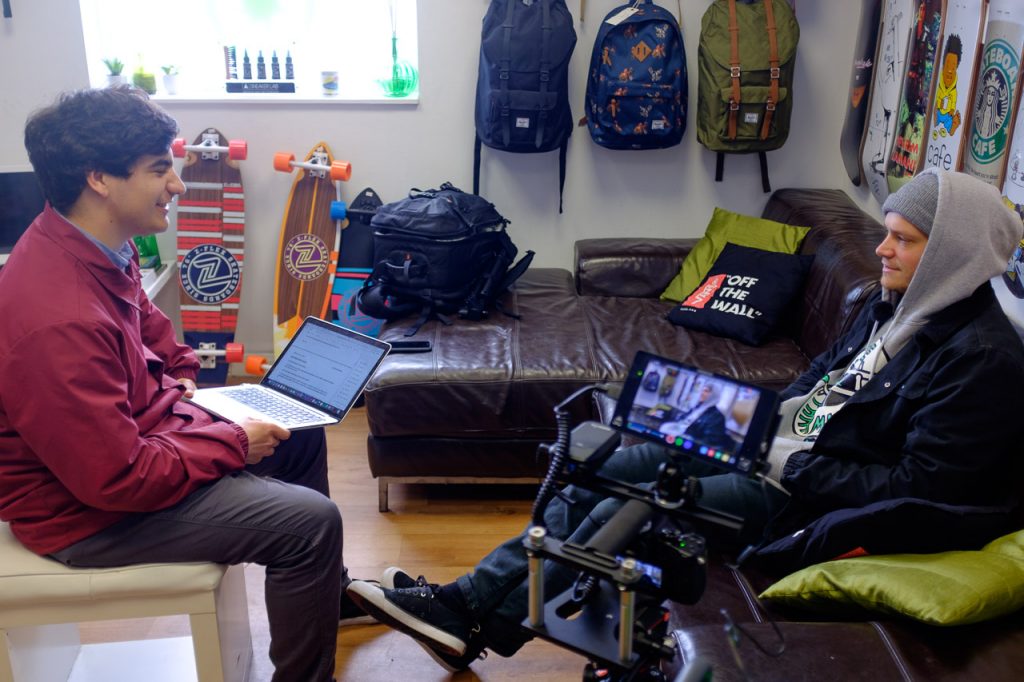 Our own Ben Wilks aka Biscuits is also to be included, I think he’s pretty confused by it all, what’s the reasoning behind including him? 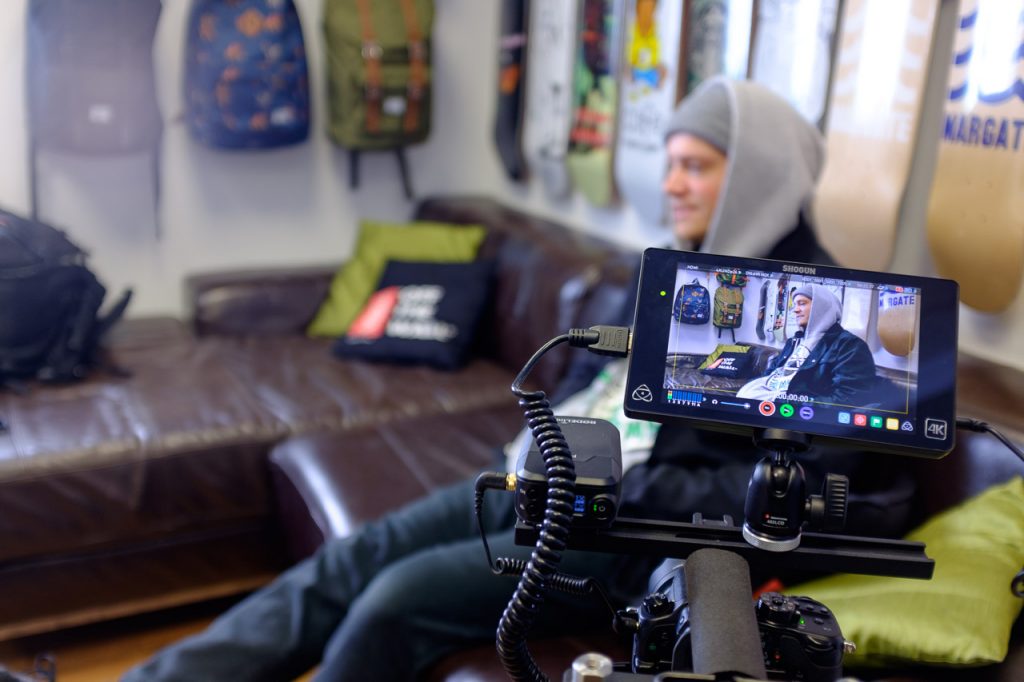 You know, having these big names was important as everybody knows them and rightly so. For someone like Ben who works every day and still manages to pursue filmmaking within skateboarding, it’s rare you’ll hear about him. Having that contrast is essential to the documentary. He may not be as well known as many of them, his output through Skate Pharm alone is huge. He contributes to a different but important part of our industry and that deserves to be given recognition.

Yeah it’s a pretty massive contrast for most filmers in the UK compared to the big names in the States. Just like being a ‘pro’ skateboarder over here it’s tough to actually make a living out of it. You went along for some little filming expeditions while you were Stateside, did you find it quite an eye opener to see how different the industry is out there and how those guys get to do things?

Exactly! I think that’s changing though, with guys like Tom Knox, Ben Raemers and Harry Lintell it feels like we’re being given more recognition than before. It’s funny you ask that though, it still felt like an ordinary filming mission. Sure, the cameras and spots are bigger but at the end of the day we’re all working just as hard to make something unique for the masses to see. Skateboarding over there is just bigger, it’s literally everywhere you look. When you compare that to somewhere like the UK you realise just how far it’s come over the years, it’ll be a while before we reach the scale of their industry.

So when can we expect to see the finished thing, I guess you’ve got a strict deadline as it’s for your Degree?

I’m hoping towards the end of June. My actual deadline is on the 22nd of April but I’ll need a month or so to clear any music licensing and make any final changes before a premiere. It’ll be available on Vimeo soon after.

Thanks for your time mate, I hope the rest of the project goes to plan and we all look forward to seeing the finished thing.